I’ve just read a book about freshwater mussel conservation.  While I’m sure I could just as well have read a similar book about frogs or bats or sedges, I’m pleased to report that Sarah Gascho Landis’ Immersion is a fairly decent example of the genre.  And mussels may just be especially weird, hence the quote in the title of this post. 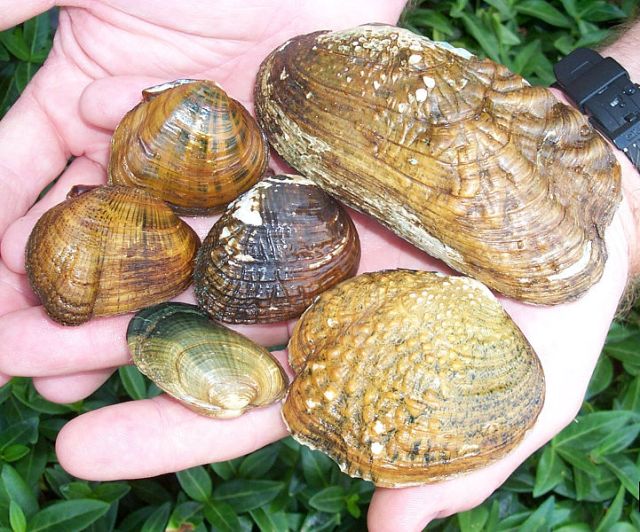 Some freshwater mussels (U. S. Fish and Wildlife)

I’m a bit of an amateur naturalist, but I’ve barely paid attention to mussels.  Perhaps nondescript shells don’t seem very remarkable when they turn up on the banks of a slow moving but seemingly healthy river.  Or maybe studying them in situ doesn’t seem worth the effort.  Landis has some good stories about that, searching for mussels in rivers choked with (sometimes full) beer bottles, dead cats, or simply a big snag that seems determined to drown someone.  What I find interesting, though, is the mollusks’ ability to hide and turn up in the strangest places or under the worst circumstances.  I still remember finding a huge black crawdad crawling through the grass on a rain soaked roadside.  Mussels have a similar ability to push the boundaries of their aquatic habitat and run up against our terrestrial ways.  I’m fascinated by the idea of hundred year old bivalves in the deep eddies of tiny, rocky creeks far up in the mountains.  There are even mussels that live in ponds!

A mussel displays her lure.  (U. S. Fish and Wildlife)

How do they do it?  Fish, mostly.  Landis is apparently mesmerized by the mussel reproductive cycle, and it is pretty amazing.  Mussels don’t come together to mate; female mussels must capture free floating sperm from the water.  Once they have nursed a brood of baby mussels, many mussels rely on a fish to host the babies, and then release them elsewhere.  Lampmussels deploy an astounding minnow shaped lure to bring in a predatory fish and then reward them with gillsful of mussel larvae.  Some mussels have evolved the ability to defeat the immune response only of specific fish; overall, it’s a specialized and vulnerable reproductive strategy.  Fish, mussels, and thousands of tiny streams throughout the piedmont region of the American southeast have somehow combined to produce a hotspot of unrivaled biodiversity, including some three hundred mussels species.  I wish Landis had tried to say a little more about the long term evolution of the group; it seems like it would be a fascinating story. 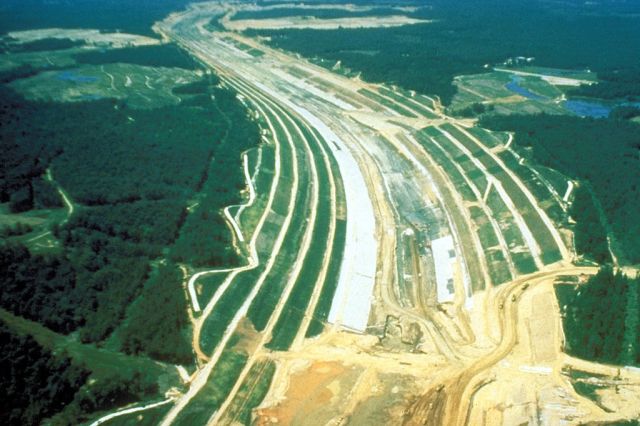 Lately mussels have taken a tremendous amount of abuse.  Droughts, water pollution, and the complete restructuring of watersheds are taking an even greater toll than the freshwater pearl and button crazes of the late nineteenth century.  Of the three hundred or more species of lampmussels, snuffboxes, pigtoes, pistolgrips, etc., dozens are federally listed.  Landis has a few heartening stories of mussels rebounding in habitats that were completely dried or polluted to death.  Often these successes came through a lot of hard scientific work (a mussel hatchery sounds like a daunting engineering project) and enforcement of environmental law.  Overall, though, the outlook does not seem good.  There are different ways of looking at this.  Landis presents the case that mussels are a convenient measure of the overall peril of water pollution.  She also writes movingly in a more personal register of the intrinsic value of biodiversity.  She says that learning to see mussels is like discovering a hidden library.  Even if I never see more than a handful of these species, I know that I want to live in a world that boasts of these strange “rocks with guts”.